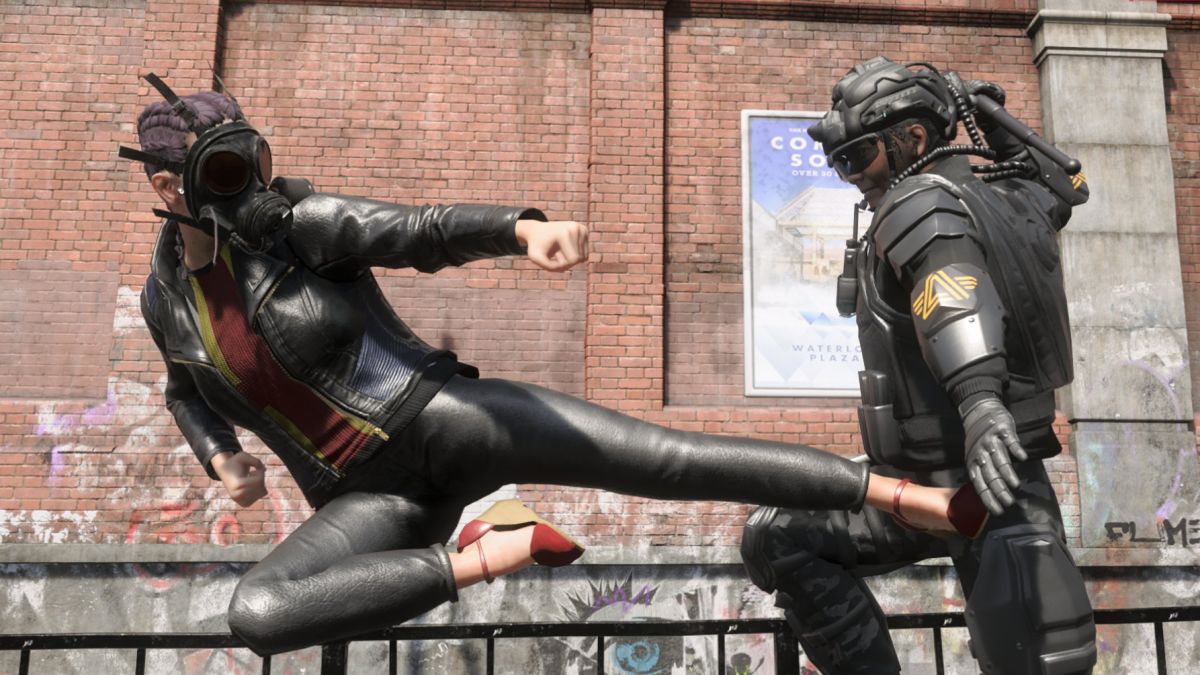 Looking for Watch Dogs Legion tips to help you jump feet-first into dystopian future London? Ubisoft’s open world hack-’em-up is full of violent enemy soldiers, trigger-happy gangsters, and deadly drones. You’re gonna need all the help you can get to take them on with your team of everyday citizens.

Before you begin hacking the nearest security camera with your smartphone, you should read these extremely 1337 hacker tips to help you get started.

It’s no surprise drones play a big part in the futuristic Watch Dogs Legion, and they make for challenging enemies until you’ve got the right skills unlocked. As you collect tech points, you should invest them in drone skills for your team early and often. Counterterrorism drones, riot drones, chase drones, and turrets can be real pests until you’ve got skills that help you deal with them.

The first tier of skills lets you disable enemy drones, but that only knocks them out of commission for a few seconds, and there’s a cooldown on the skill so you can’t clear the sky of multiple drones at once. You’ll want to quickly upgrade your drone skills to hijack enemy drones, so you can pilot them yourself, and you should also unlock the betray skill, which will turn a drone against your enemies. Betray works on autopilot, too, so you’re free to do something else while your brainwashed drone attacks your foes.

Stick your gadgets to stuff

Driving and doing anything else at the same time is tricky, especially when you’re being chased and shot at. But you can mount a makeshift gun on your car by sticking a combat turret on the hood or roof. It’ll auto-fire at any baddies nearby, letting you concentrate on your driving. You can stick ’em on cargo drones, too, to turn them into flying turrets you can control from a safe place. Your electro-shock gadget can be attached to a drone, too, then steered into a crowd of enemies and detonated. Zap.

Legion’s story quests will eventually take you through all the boroughs of London, but it’s a good idea to let the story sit for a while as you explore the city. Each section of the map has a handful of clearly marked borough uprising tasks that you can do early on—usually removing government propaganda, stealing data from a server, or photographing evidence in a secure location. Sometimes there’s an additional challenge, too, usually involving piloting a drone around and blowing shit up. When those tasks are completed in each borough, you’ll get a skilled operative added to your team automatically.

I’d suggest unlocking the drone expert in the Lambeth borough as early as you can because they’re super useful, and the challenges to unlock them aren’t that hard. The spy is also great and comes with a cool missile-firing car and a watch gadget that jams enemy weapons. You’ll unlock the spy after completing the borough uprising tasks in Westminster.

Not every team member has a personal drone in their pocket, but there’s a good way to summon a specific kind of drone without waiting for one to fly by. You just need to look up. On buildings around London you’ll sometimes find a drone dock, either on the roof or mounted to the side of a building. Just select it with your phone and you’ll be able to call a cargo drone, counterterrorist drone, chase drone, or riot drone. It’s a handy way to quickly get the bot you want.

Stick to melee and your enemies will, too

You’re outnumbered but you don’t need to be outgunned. When entering combat, if you stick with using your fists and feet (or even a crowbar) your enemies will do the same, meaning you might still get your ass kicked but at least you won’t be riddled with bullets.

The only exceptions are if you start a fight but then run away or jump in a car. Disengage from a fistfight you started and your enemies might eventually pull their guns. Typical.

As you’re scouting a restricted area through a security camera, keep an eye out for enemy captains, marked with a little wi-fi signal above their heads. They’re the only ones who can call for additional reinforcements, and you’ve already got enough problems. Take out the captains first, so even if you wind up being discovered or tripping an alarm, no extra goons will show up.

You can re-recruit retired DedSec members

There’s not a whole lot of space on your team, and once you’ve filled up your slots with agents you won’t be able to recruit any additional members. So you’ll need to dump some of the dead wood if you come across someone new and exciting you want to add to your team.

It can be hard to say goodbye to an agent, but don’t worry too much. They’ll still be out in the world, and you can re-recruit them if you find them again. Check the area where you originally found them (if you can remember where it is) or use your deep profiler to find people they know and find out if they plan to meet somewhere. Want them back? Just talk to them and they’ll rejoin your team.

Leave your spiderbot at home (mostly)

Spiderbots are extremely useful and only slightly creepy. Chuck them on the ground and hijack them, and you can scamper through ductwork, skitter under security lasers, and even activate servers and other computer terminals (many have a special port for spiderbots to plug into).

But you don’t always need to bring one with you. Often if you see a vent that a spiderbot can fit through somewhere in the open world, there’s a spiderbot spawner nearby. Using it you can summon a sort of rental spiderbot you can hijack, which keeps your gadget slots free for other tools.

There are two ways to swap between operatives

You can swap between your team members any time you’re not currently in a restricted area or have a wanted level. Just choose the member of the team you want to play as, and after a brief loading screen they’ll appear in roughly the same spot as your current agent. (Usually, you can even watch your agent walk away after you’ve swapped).

But there’s a more enjoyable, if less convenient way to swap agents. Instead of pressing G (Swap to Operative) on the menu, press F (Show on Map). That will show you where your agent is currently hanging out in the world. Click on their picture and press the spacebar, and instead of them teleporting to you, you’ll be brought to them. It’s a bit more immersive than them just appearing where you want them to and also acts as a fast-travel, plus you’ll get a glimpse of what they do when they’re not on the clock.