The Fallout series has taken us to several classic American locations over the years. But where will Fallout 5 be set? Within the game’s future setting, there are hundreds of vaults scattered across the USA, in places like West Virginia, Texas, and Colorado, meaning a multitude of possibilities for a future Fallout 5 setting.

Whatever Fallout 5 is, it will most likely be set in America. Atompunk Americana is kind of the series’ whole aesthetic, so regardless of how much we want to see a China or European-based Fallout game, it ain’t happening.

Nevermind the fact that we’re probably several years away from Fallout 5 even being announced, with Bethesda busy working on The Elder Scrolls 6 and Starfield first. We’ve got ideas and there’s no point bottling them up until Todd Howard graces us with a 30-second CGI teaser at E3 2025. That’s why we’ve put our heads together to come up with a list of locations that we would like to see Fallout’s nuclear fire touch next. So grab your power armour and join us as we trudge through our dream picks for the Fallout 5 setting.

Our dream Fallout 5 locations are:

This was to be the setting of the cancelled Van Buren Fallout game, the original Fallout 3 before Black Isle Studios’ parent company, Interplay Entertainment, went bankrupt. Development on Van Buren was pretty close to completion and a lot of detail about its setting have since been unearthed from design documents and tech builds of the game. We also explore a section of Utah in the Honest Hearts DLC for Fallout: New Vegas, too, so there’s a lot for Bethesda to draw on across these two states.

The region is home to a few iconic factions like Caesar’s Legion, the New California Republic, and the Desert Rangers, so there’s some familiarity for Fallout fans. However, Van Buren also posits some other factions we could get to know, including the tribal group called Hangdogs. The Hangdogs occupy the city of Denver along with packs of feral dogs who they worship.

Eventually, the Hangdogs are assimilated into Caesar’s Legion where their prowess as houndmasters supplements Caesar’s armies. Then there’s Boulder, which was nearly obliterated during the Great War, save for a massive scientific research facility called Boulder Dome. Inside, the dome’s residents battle with an unknown plague, while outside a cannibalistic raider faction and glowing ghouls scour the ruins of Boulder. It might not be canon, but Van Buren’s plans for this region are Fallout through and through. 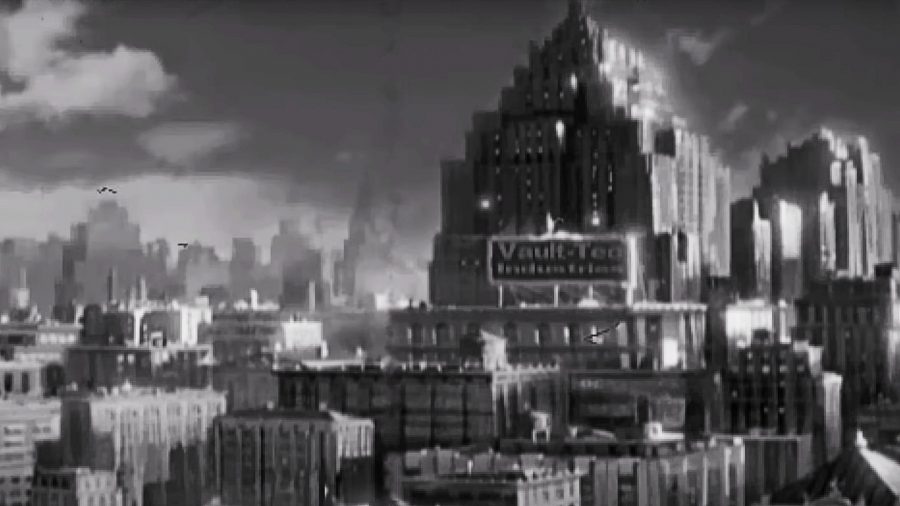 Sure, we’ve been here before in the first two Fallout games, but the series has come a long way since Black Isle Studios’ top-down RPG games, and it would be great to see an updated version of the original Fallout setting. The whole state of California has a lot to offer, from the bombed-out husks of LA and San Francisco, to the gorgeous Big Sur coastline and the Edenesque Yosemite Valley.

Related: The making of Fallout 1

While the story of Fallout 1 doesn’t kick off until 2162, a vault in the area actually opens much earlier in 2097 due to overcrowding. A lot happens in those sixty or so years, and we would love to see Bethesda flesh out some of the factions and locations that appear in those early Fallout games. 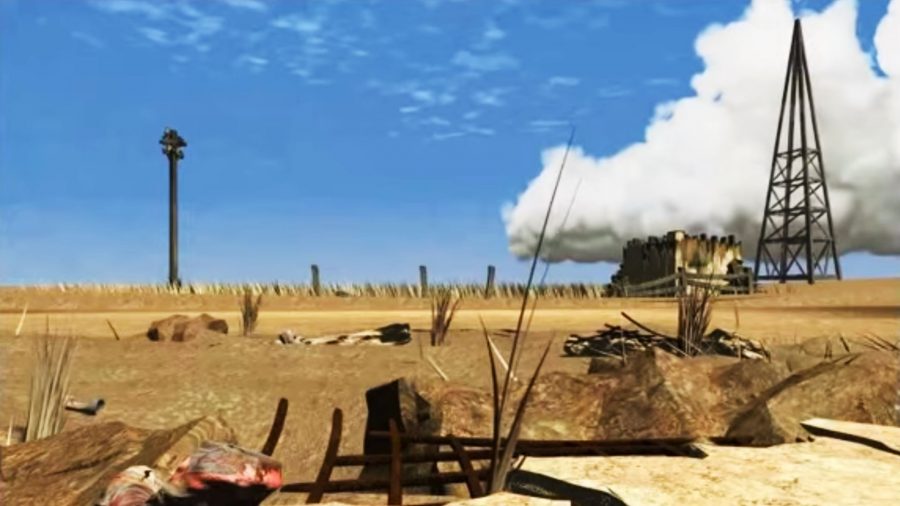 Yes, we’ve been here before, too. Chicago and the surrounding Midwest is the setting of Fallout Tactics, the linear turn-based tactical spinoff from the main series that tasks the player with guiding their Brotherhood of Steel squad through XCOM-like encounters.

While most of the game isn’t regarded as canon, the broad strokes of its plot are accepted. Chicago was heavily bombed during the Great War as a key manufacturing city. Nearly one hundred years later The Brotherhood sends a detachment eastward in 2162 to crush any remnants from the Unity super mutants. This group crash-lands in Chicago and eventually breaks off from the main Brotherhood as their need for new recruits forces them to accept outsiders, ghouls, and even super mutants into their ranks.

Canon Fallout games confirm that Chicago is the stage for a decades-long battle between the Brotherhood and super mutants. We also know that the Enclave has a presence in the region. Aside from that, we still don’t know a huge amount about the Midwest in Fallout, and what America’s heartland would look like with a retrofuturistic coat of paint. With Chicago, Lake Michigan, and Milwaukee all in relatively close proximity there would be enough variety to keep the wasteland exciting. Plus, while Chicago would have been a prime target during the Great War, many of the surrounding states like Wisconsin, Missouri, and Minnesota could have escaped largely unscathed, so this is a superb opportunity to develop new factions and cultures in the Fallout world. 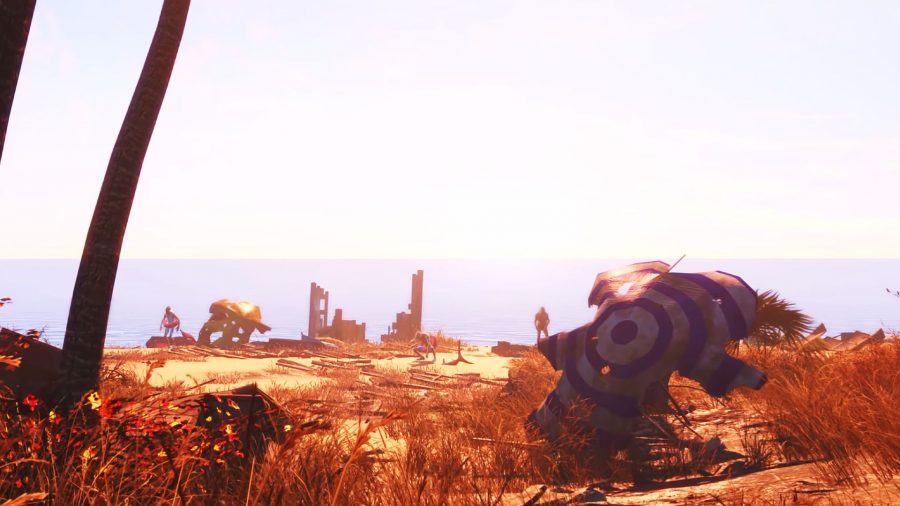 Skulking through the irradiated Everglades, battling behemoth alligators and mutant plant life sounds like the ideal setting for Bethesda’s next post-apocalyptic romp. The state of Florida boasts all the essential ingredients: a dense and visually distinct urban location in Miami; a variety of ecosystems to ensure that trudging through the wasteland is not too dull; and a place in the series’ lore that has barely been explored, the Gulf Commonwealth.

Better still, a lot of the groundwork for a Florida Fallout setting has already been done as part of pre-production for the cancelled Fallout: Tactics 2. The campaign was to focus on the struggle between the Brotherhood of Steel and myriad overgrown flora and fauna created by a busted Garden of Eden Creation Kit. We mostly just want to pick through the skeletal remains of South Beach’s art deco hotels and take a ferry down to Key West – and yes, that ferry should be a grossly mutated sea turtle.

We may not need to wait for Bethesda either, thanks to the upcoming DLC-sized Fallout 4 mod, Fallout: Miami. 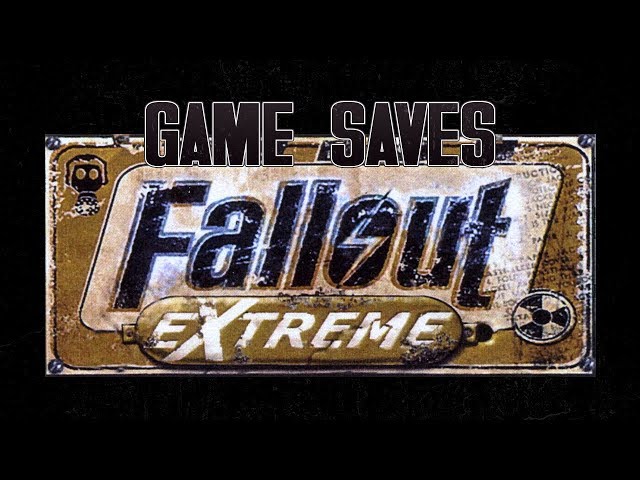 Interplay Entertainment made two attempts at a Fallout game set in Seattle. We think it’s an excellent idea, as heading north would allow Bethesda to challenge a lot of what we think we know about the series. With a network of islands surrounding the city and a National Park on either side, a Fallout game set in Seattle would allow for more location diversity than any other game in the series. The city is also barely 100 miles from the Canadian border, allowing Fallout to expand by giving us a taste of how another nation dealt with the apocalypse.

Little to nothing is known about Seattle in the canon games, but the cancelled Project V13 and Fallout Extreme tell us that the Brother of Steel has a presence in the region, so that’s something. Fallout Extreme actually paints this sect of the Brotherhood as especially cruel, using outsiders as either cannon fodder or enslaving them in their bid to take over the Pacific northwest. Resisting this aggressive expansion is The Cause, a rebellious faction from Oregon who seek to liberate the Brotherhood’s newly gained territories.

The ambitious plot of Extreme eventually leads The Cause across the Bering Strait and directly into China to disarm an unlaunched doomsday missile. That’s probably a few steps too far for a Bethesda open-world RPG, but there’s plenty to build on here.