Skip to content
Announcements
Ongoing Maintenance, Please Excuse Any Imperfections In The Coming Days.
The Thirsty Gamer > Gaming News > News > Slapstick Comedy Rain On Your Parade Could Be Switch’s Next Untitled Goose Game

Launching on Switch next week is Rain on Your Parade, a slapstick comedy title that looks like an ideal fit for fans of 2019 eShop hit, Untitled Goose Game.

The game has you playing as a mischievous cloud that appears to have a single wish in life: to create absolute mayhem. You’ll need to take this cloud through a number of levels, unlocking new abilities and mechanics as you go that are all designed to give you new ways to get up to mischief.

Judging by the trailer above, levels will have checklists just like those found in our favourite Goose’s adventure, and the activities on offer are pretty varied. There’s a wedding scene to destroy, you can unleash thunder and lightning upon cities, freeze the roads to cause accidents, and even rain down meteors at dinosaurs. This cloud has some serious power.

Features
* Ruin peoples day with rain, thunder, lightning, tornados and many more abilities.
* Travel the world in over 50 levels causing disorder and havoc to weddings, cities, farms, military bases, parking lots and much more.
* Give the mischievous cloud your personal touches. Draw a unique face and choose the hat it wears.
* An upbeat and silly soundtrack that encapsulates the nature of the game. 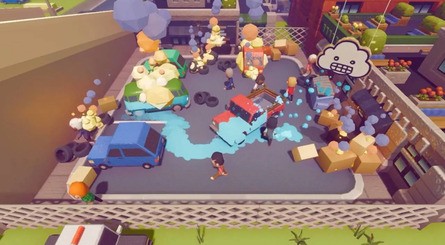 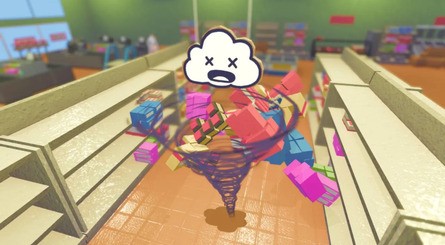 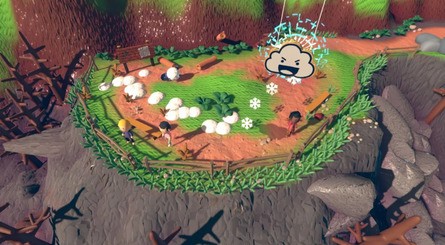 Rain on Your Parade launches on the eShop on 15th April for $14.99 / £11.99. We actually featured this one in our recent round-up of exciting games coming to Switch in April, so here’s hoping it turns out to be a winner.

What do you think? Will you be giving this one a go? Let us know with a comment.