Mini Review: Kill It With Fire – Arachnophobes Need Not Apply

Mini Review: Kill It With Fire – Arachnophobes Need Not Apply

Spiders are truly wonderful creatures. They’re exceptionally clever and are able to create the most intricate, beautiful webs imaginable. They eat pests, thus preventing the spread of disease, and they happen to be the inspiration for one of the most beloved superheroes in modern culture. Yet for many people, spiders are the most detestable, disgusting beings ever to roam the earth. It’s not difficult to see why; their spindly legs and skittish behaviour are creepy enough as it is, but they somehow always manage to turn up when you least expect it.

Kill It With Fire is a game that grants those prone to arachnophobia a chance to enact revenge on the creepy crawlies that have forever haunted their lives (albeit in an entirely safe, digital manner – don’t kill spiders, folks!). Presented from a first-person point of view, you’re tasked with rummaging through various environments – from a normal, suburban household to a petrol station filled with gasoline barrels – in order to find and kill any spider that happens to be lying in wait. 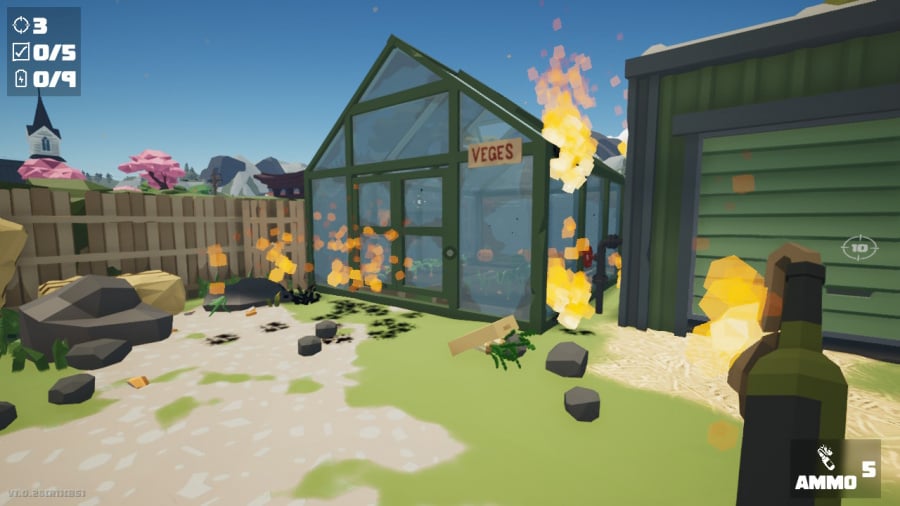 At the start of the game, all you’re given is a simple clipboard with which to whack your spider foes. It also happens to display any additional objectives available in each level. These could be as simple as smashing up a bunch of picture frames, or arranging a selection of tools in their respective slots on the wall. The objectives are entirely optional for the most part, but completing a certain number of them grants you with either a new weapon or an upgrade. Of course, you can also find new weapons organically by simple searching through the environments themselves.

Killing the spiders can be great fun, but finding them is often a bit of a drag. Almost everything in each level can be interacted with, so you can quite literally open up a cupboard and clear out all of its contents. It’s an admirable, ambitious gameplay mechanic, but one that gets awfully repetitive after a while. Naturally, if you’ve got a phobia of spiders, then this mechanic will often be accompanied by crippling anxiety, as you’re never quite sure where each spider will be hiding. In this sense, the developers have done a fantastic job, but for everyone else, it just feels a bit like busywork. 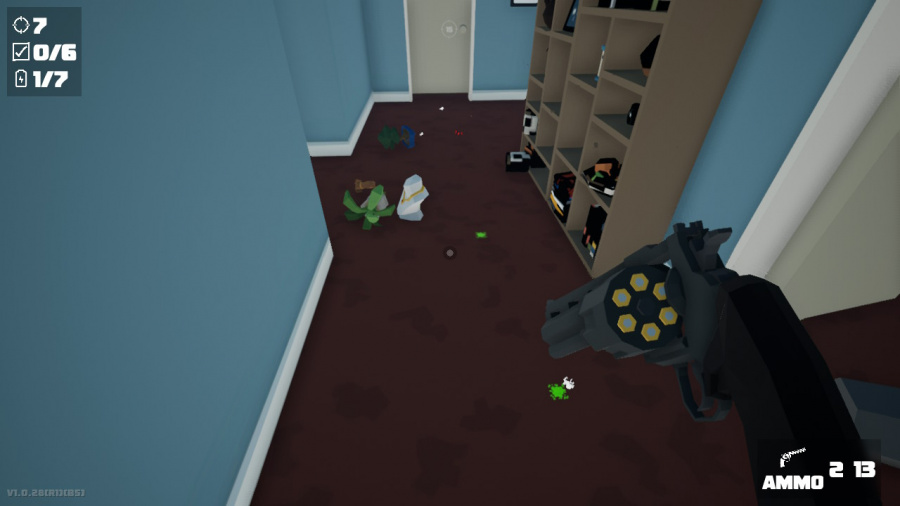 The spiders themselves are wonderfully depicted, with their stop-and-start movements animated to near perfection. There are a decent number of the buggers hidden in each level, but never enough to feel overwhelming or unrealistic; you can easily imagine walking into your kitchen and finding two or three spiders skirting across the tiled floor. They come in different shapes and sizes, with some spawning smaller spiders upon death, and others exploding with impressive force. Catching them can be a hefty task at times, and you’ll often leave each level in utter disrepair as you desperately burn or destroy any object that might be hiding the eight-legged freaks.

One area in which the game is severely lacking is its options. There are the obvious audio settings in which you can alter music and sound levels, but there’s no sign of crucial gameplay options. What this means is there is no way of altering the often excruciatingly slow aiming speed, and (rather sinfully) no option to invert the Y-axis. For a first-person experience, these should be in there as standard, and will be a deal-breaker for many. With this aside, however, Kill It With Fire is a fun little distraction that, while only a few hours in length, will keep you entertained with its myriad array of gameplay opportunities and selection of weapons.

2021-03-05
Previous Post: Oculus Quest 2 is now the most popular VR headset around
Next Post: Xbox chief Phil Spencer talks about his love of Nintendo