Final Fantasy 7 Remake was announced at Sony’s State of Play it will be getting a Playstation 5 update called Intergrade.

The upgrade comes with improved game lighting, texture and environment which has increased the Playstation 5 version of the game. There are also new features which include a Graphics Mode, letting you switch between priortising 4K graphics and Performance Mode which will prioritise frame rate at 60 FPS.

There is also a Photo Mode that allows players to capture in-game scenes and save their favourite moments in the game, including the new episode that features Yuffie.

The new episode according to the official Playstation Store page, follows the character Yuffie, who is a spirited ninja as she arrives at Midgar. She is there to meet another Wutaian operative, together with the Avalanche HQ, as they plan to infiltrate the Shinra building and steal the most powerful materia.

Yuffie will be a playable character offering a new adventure in both combat and world map. In the trailer you can see her wall-running in true ninja style, and some quick deadly moves. In addition to Yuffie joining the fray, another character Sonon will also be joining the story, who seems to wield a similar weapon to Cloud, but not much else is known about him.

Those who already own the PS4 version of Final Fantasy 7 Remake and want to gain the experience of the PS5 enhancements, can upgrade their game for FREE, carrying over your saved data from the PS4 version. However, this will not include the new episode featuring Yuffie, and will need to buy the Yuffie episode separately according to the Playstation Blog.

Those who order the Digital Version of the game will also gain Yuffie’s weapon “Cacstar” which can be used in the new episode.

This will include the new episode, Cacstar item, plus a digital artbook and digital mini soundtrack.

…chapter-structured single player game covering the whole of the FFVII timeline – including the events of the original game and the FFVII compilation titles.

It follows an experimental corps with enhanced fighters. The trailer shows lots of gun fighting action, close-quarter combat and abilities. There is also the option to switch between third-person and first-person view. 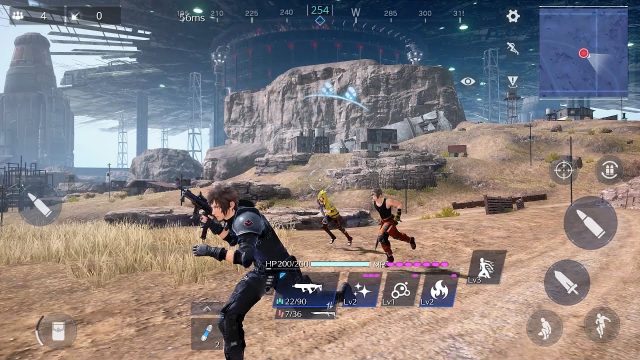 Summons are also a part of the game, showing Ifrit being called down to unleash some devasting moves. Players can even face each other, as well as some epic bosses such as the Guard Scorpion from FF7.

Final Fantasy VII: The First Solder will be coming to iOS and Android in 2021.

Final Fantasy VII: Ever Crisis, another mobile title for iOS and Android was announced, a single-player real-time action-based title set cover the whole Final Fantasy 7 timeline. This includes game Advent Children, Before Crisis, Crisis Core, and Dirge of Cerberus, and will be given a bit of a “nostalgic visual twist”, taking on PS1 visuals but with a modern upgrade. Final Fantasy 7: Ever Crisis releases in 2022. 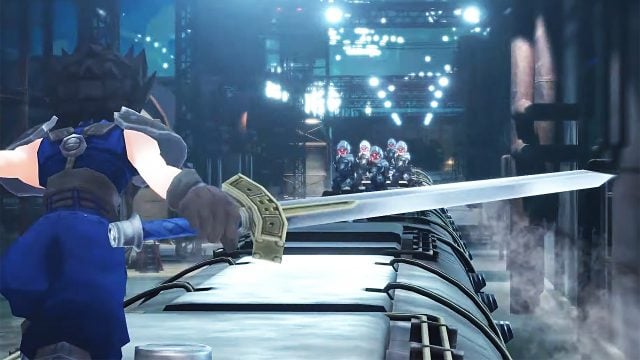 Are you excited for the Yuffie DLC? Will you be taking on the mobile games battle royale and the single-player game? Let us know in the comments below.

2021-02-26
Previous Post: Alien’s xenomorph and Ripley come to Fortnite
Next Post: Dragon Age 4 Will Be “Single Player Only” According to Recent Report