The Elder Scrolls Online Update 29 which goes live next week will bring a host of changes. In the week of the update players can take part in the Heroes Reforged Event to gain a free pet and respecs.

In celebration of the arrival of Update 29 which brings Champion System 2.0, a major overhaul for ESO, a new mini-event will be taking placed called Heroes Reforged. This event gives players the chance to gain free respecs from the Rededication Shrines.

Time to rebuild your character from the ground up with free respecs.

*Note times may shift depending on when Update 29 goes live.

The event will run for two weeks, where players can gain the following:

With the next update going live, players will be given a chance to test their new builds for free with the Rededication Shrine or the Champion Point redistribution function.

As this is not a full event like the previous Tribunal Celebration, there will be not Event Tickets this time.

Players can also get their hands on an Ambersheen Vale Fawn pet from the in-game Crown Store for a great price of FREE. It can be found under the Pets category within the Crown Store and it will be available for a limited time only, so pick up while the event is on. 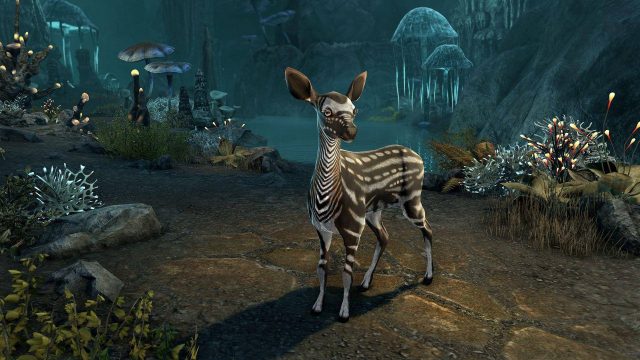 If you want to know what changes are happening with Update 29, be sure to check out next Elder Scrolls Online Update 29 Introduces Champion System Overhaul, which explains some of the major changes happening to the Champion System, max CP and Armor. The update is free but will also be arriving at the same time as the latest dungeon DLC Flames of Ambition.

Elder Scrolls Online is available to play on PC, Stadia, Playstation 4 and Xbox One.