Blizzard have announced that Diablo Immortal will be moving into closed alpha adding the Crusader Class, increased level cap, new zones, and more.

The free-to-play mobile game Diablo Immortal has been announced to be moving into closed alpha by developer Blizzard. The alpha version will introduce a number of features including a new Crusader Class which comes from Diablo 3, that mixes both casting and melee, wielding a flail and holy magic as their weapon of choice. 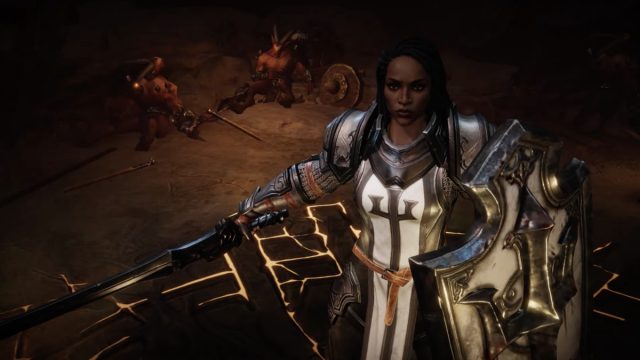 There is also the Helliquary PVE system, in which players will unlock at around level 41 to 45. Once beating a boss players will claim a trophy to proudly display in their own Helliquary.

Endgame also was revealed called the Cycle of Strife, a sever-wide faction based PVP system, with new activities that lead to claim glory. There is a choice of two factions, the Immortals or the Shadows. The Immortals are defenders of the Sanctuary, fighting off demons, while the Shadows will pose a threat to the Immortals keeping them on edge. Deciding to not join either faction will put you in the Adventurer category. 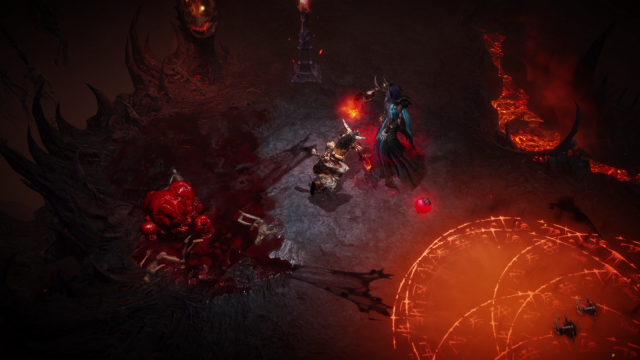 Shadow players will contribute to their own faction, when it has grown strong enough the top groups called Dark Houses can then overthrow the sitting Immortals. One cycle or season lasts between one and three months. There can only be one group of Immortals during a cycle, with up to 500 players on the server. Joining the Shadows though does not have a cap on the number of players.

Immortals are commemorated on the Wall of Honor, accessible by all players to view in Westmarch. This will display the accomplishments of all Immortal leaders plus their four lieutenants and banner.

One of the main activities for Immortals is the 48 PvE raid Kion’s Ordeal. Completing the raid will give faction-wide buffs for the whole faction. The raid splits up the faction into four groups of 12, and completing it will increase the Immortals position over the faction progression system.

For Shadows they will gain access to Raid the Vault, where four Shadows can play co-op to steal whatever is stored in the Immortals’ vault. If the Immortals get wind of a break-in, they can go defend the vault. It starts out as a PvE event against NPC guardians but can quickly turn into a PvP battle if the Immortals have been alerted.

Once a week the top 10 Dark Houses can send their eight strongest members to battle with a group of Immortals in PvP event with a number of stage. These battles are 10 separate fights that happen at the same with 8 vs 8 known as Rite of Exile. If half of the battles are won by Shadows, the reign of the current Immortals ends and the cycle starts again.

In case you missed it you can check out our Diablo Immortal Gameplay Impressions: Tech Alpha Classes, Controls – Should you play Diablo Mobile? video.

For more Diablo content be sure to not miss our Diablo 2 Resurrected Alpha Gameplay Impressions.

2021-04-22
Previous Post: Atelier Mysterious Trilogy Deluxe Pack Launch Trailer
Next Post: The Spirit Of The Game Boy Printer Lives On Thanks To Fujifilm And Your Nintendo Switch