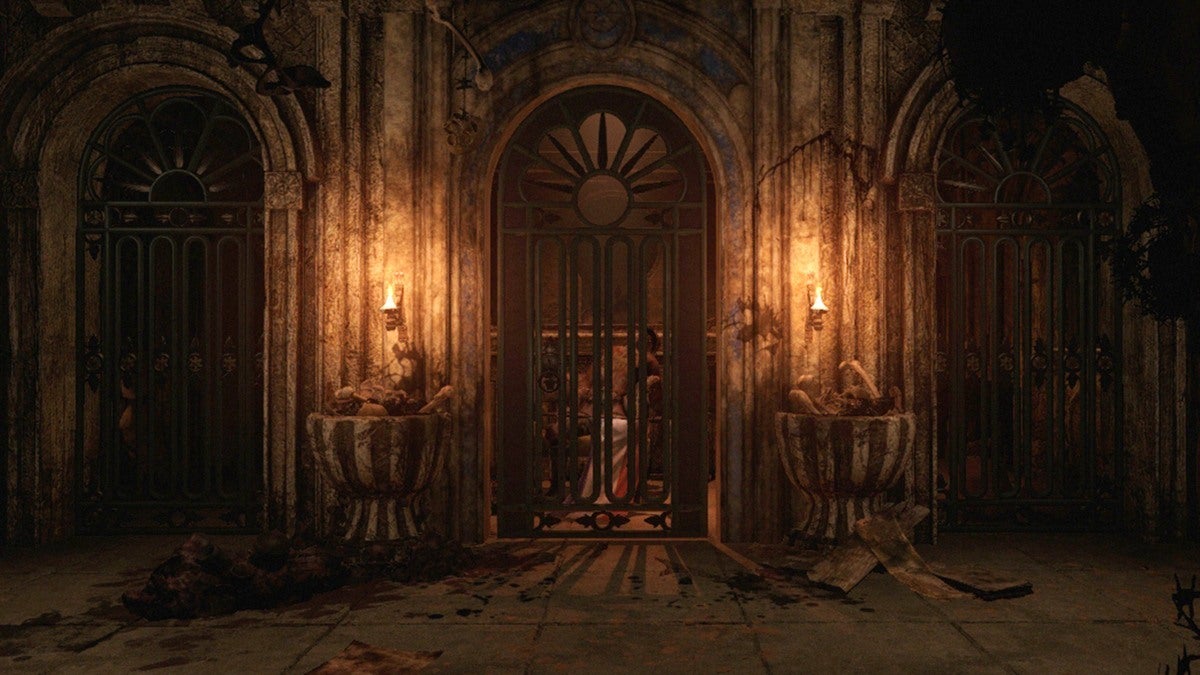 The next chapter in Frictional Games’ iconic horror series, Amnesia: Rebirth, is just over the horizon, and with it, the team has revealed a new gameplay trailer highlighting a dense chunk of what to expect. You can see for yourself in the exclusive first look at the gameplay above.This new outing in the franchise follows a new protagonist stranded in the Algerian desert who must survive the horrors lurking below the sand when Amnesia: Rebirth launches on October 20 on PC via Steam, GOG, and Epic Games Store, alongside the PS4.Speaking with IGN, the developers behind the decade-long series explained how their approach to horror has changed since their debut with Amnesia: The Dark Descent, citing a desire to ratchet up the dread that’s more than just white-knuckle terror as unknowable creatures hunt you down.

A New Kind of Fear

“Our main goal is not just to scare the living daylight out of people by throwing jump-scares, monsters or gory visuals at them for as long as possible,” said Fredrik Olsson, creative lead and executive producer on Amnesia: Rebirth. “Rather, our goal is to stir up some really strong emotions and make the players question themselves and their view of the world outside of this game.

“Fear is one of the more primal and strong emotions that we as humans have and gives us an easier pathway into people’s minds (and hearts) through which we can channel other emotions as well. Such as sadness, love, loneliness or panic over a decision you have to make. So you can say that while the horror in itself is really important, it is also a tool for achieving something bigger, something that will hopefully stick with people long after the end credits have rolled.”

Our goal is to stir up strong emotions and make players question themselves and their view of the world outside of this game.

“While the game will have a bunch of moment-to-moment scares, that is not the only level we are focusing on,” said Thomas Grip, creative director on Rebirth. “One crucial thing that we learned from SOMA was working with narrative pay-off on longer time spans. As the player plays more and more of the game, the deeper, longer-lasting dread will slowly creep up. Just like with SOMA we are taking quite a few risks here, but from what we have seen so far people who have tested it have come away deeply affected.”

“You really need to experience it yourself. The thing we are aiming for this time is thematically quite different from SOMA. Instead of SOMA’s grand post-human exploration, in Rebirth, it is closer to home and deals with the things we are willing to do for our loved ones. The character of Tasi is also integral for making it all come through, so we worked hard on players crafting a strong bond with her.”

But Frictional Games is adamant that at its core, Amnesia: Rebirth is still very much the Amnesia experience that you’ve come to know and deeply fear. The core loop of the game, exploration, your dwindling mental state, discovering secrets, overcoming obstacles, and sprinting down long, dark corridors in abject terror desperately searching for a closet to dive into – that’s all still there.

“The very basic loop remains the same, but the devil is really in the detail,” said Grip. “Using the original Amnesia formula has been very important to us as we want the game to feel like a proper Amnesia game. We also want to make sure that it feels fresh though, and combining these two has been a challenge. Mostly it is about changes that might sound small, but have a huge impact.”

Sanity was really just an ambient feature in The Dark Descent, it is a much more important aspect of Rebirth, both for the story and the gameplay.

The most visible of those changes might be the way Rebirth makes use of the familiar sanity system, which is now all about the new protagonist Tasi Trianon’s fear as she plunges into the desolate sands of the Algerian desert. For one, the developers believe that fear just makes more sense than a generic idea of sanity. Beyond that, the team believes it will carry a lot more weight as the level of fear contributes to long-term narrative consequences.

“Again, it might sound like a small change, but the way it jacks into the overall story makes it a lot different, Grip said. “Sanity was really just an ambient feature in The Dark Descent, it is a much more important aspect of Rebirth, both for the story and the gameplay.”

This time around, the environmental threat will come from the sun-blasted expanse of the Algerian desert, which, by their own admission is a difficult environment to make spooky. Instead, the team had to get inventive. On the one hand, you’re going to be constantly reminded how scary being lost and stranded in an endless expanse of nothing can be: sand will constantly pour out of holes, dust storms will howl all around, and windows to the outside will reveal vistas of outstretched barrens.

“When it comes to the actual environments,” Grip said, “the main focus has been on variety. We want Tasi’s journey to have a strong sense of being a long struggle against the odds. We also thought a lot about what sort of places you could find in the desert: small towns, caves, an oasis, old forts, and so on. These are environments that give us a wide range of moods (from calm to oppressive), still have that desert feel to them, and have enough variety in look to give the feel of a long, harrowing odyssey.”“We put a lot of effort into putting gameplay into the world itself, for example, unique monster behavior, or machinery the player needs to operate. We like the idea of a simple set of gameplay systems and then getting complexity from the world instead. There is a steady stream of new challenges that use the core loop in different ways, as the player progresses through the game. Things like getting an old piece of army artillery operational, or trying to disarm an explosive trap.”

Building on the core of Amnesia while making it different enough to stand on its own is a chief goal of the team, and to that end, Amnesia: Rebirth is very much its own experience independent from the hours and hours of scares and tension that’s come before it. The series has become an anthology, carrying the core principles from one story to the next, now with our new survivor Tasi Trianon.

Rebirth might answer some of The Dark Descent’s unanswered questions, for those who are paying attention!

“You don’t need prior knowledge of Amnesia lore to understand [Amnesia: Rebirth],” said story lead Ian Thomas. “Of course, if you do have that knowledge, you’ll spot connections and references and perhaps have a deeper insight into some of the underlying principles of what Tasi is encountering. And it might answer some of The Dark Descent’s unanswered questions, for those who are paying attention! [But] Amnesia: Rebirth stands on its own. It is Tasi’s story, and her journey.”

“Tasi is from Paris, but has traveled a lot, and spent time in Algeria when she was younger. By profession, she is an engineering drafter and illustrator. In the past, she’s worked alongside engineering teams on projects across Europe and Africa. The journey that leads to the events in Amnesia: Rebirth is a relatively normal one for her, along with several companions who she knows well. But what happens to her here is beyond anything in her experience, and a lot of the game is about how she – or you, as her player – handles that.”

Brandin Tyrrel is a Senior Editor at IGN. You can find him on Unlocked, or chat over on Twitter at @BrandinTyrrel.